3 Key Principles to Execute a Counter Attack in Soccer 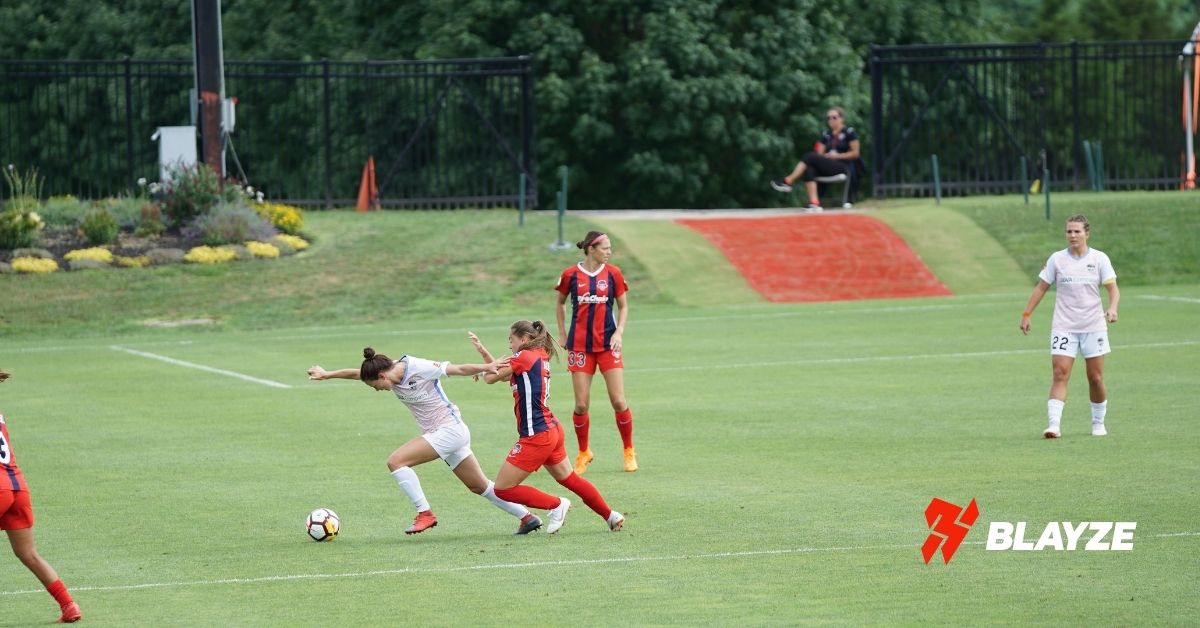 When watching FC Barcelona, many fans are left in amazement at how well the team can perform a counter attack. The club is well known for its fast moves and accurate passing. In the 2020/21 FA Cup, 14% of the 383 goals scored were from counter attacks. A similar statistic exists for the recent UEFA Euro 2020/21 as well.

Today, Blayze professional soccer coach, Mike Semenza, will walk you through the three key principles needed to make the counter attack successful. We have an example from a great game from the most recent World Cup in 2018 of Belgium versus Japan. It was an elimination game and came down to the wire. It came down to which team was able to execute on one play and the play that won the game was a counter attack.

What is a Counter Attack

The counter attack is a fast attack that occurs at the moment of transitioning from defense to offense. It contains minimal, accurate passing, and the purpose of the attack is to create a goal-scoring opportunity before the opponent can recover their shape. The objective is to overwhelm the opposition when they are unbalanced and out of shape, taking advantage of open space on the field.

Again, a counter attack occurs when a team recovers the ball and moves quickly from a defensive position to an attacking position.

Before we start the video, I want to talk about the three main keys to executing a counter attack. We will see them in the video, but these keys apply across the board any time you all find yourself in a counter attacking situation with your teams.

“With teams improving overall in their defending, the counterattacks need to be even faster and more precise than in the past.” – 2018 FIFA World Cup Technical Report

It is important to note, that counter attacks start with a defensive mindset. In the clip, Belgium is defending Japan’s corner kick. There are seven Japan players up for the corner, clearly indicating a moment of desperation for them. They are trying to sneak in that goal to win the game.

Japan kicks the corner; the Belgium goalkeeper comes out and saves it. Within 10 seconds Belgium counter attacks, scores, and wins the game. This goal develops from all the way down on the other end of the field and is executed flawlessly.

First, Belgium recovers the ball from the corner kick and is immediately switched to offense. They switch their mindset from defense and recognize that seven Japan players are pushed up in the offensive attack. The Belgium goalkeeper realizes the unbalanced formation of Japan immediately and he sprints out to the top of the box where he has a vast amount of space.

He sees the middle channel is wide open, and his players are running into it. Keven De Bruyne of Belgium pushes into the space and the goalkeeper rolls him the ball to meet him on the run. Not directly to him! He puts the ball into the open space. Now Belgium can start the counter attack quickly, leaving Japan’s numbers behind them defensively.

In the video, we see all three of the key principles of the counter attack. The four other Belgium players are in a dead sprint to get 120 yards across the field to take advantage of Japan’s unbalanced formation. Japan is chasing the play, trying to get back.

Want to learn more about channels? Check out our blog here on Switching the Point of Attack.

What I want you to realize is the precise passing. De Bruyne makes a precise pass into the wide channel.

Keeping the commitment and speed, the ball is crossed back into the middle channel – accurately – leading to the goal. All this occurs in 10 seconds. Japan is knocked out of the World Cup.

How to Practice the Counter Attack With Your Team

As with all soccer skills, creating an effective counter attack does not magically happen. Counter attacks are a team tactic that you will work on with your team in team training. Teams need to practice, and each player needs to understand their responsibilities during a counter.

Remember, speed is key when it comes to the counter attack, followed by precise one and two-touch soccer. Practice using a long switch or diagonal passes to cut through lines of defenders. And focus on quick fast running while working on precision passing. Run drills with your team changing from a defensive position to an immediate attacking position.

There are other scenarios you can counter attack, it can happen anywhere on the field when your team regains possession. First, you must win the ball defensively. Realize there is time and space to go forward with defensive numbers behind you. When your team wins the ball back defensively AND recognizes that your opponent is unbalanced, you can then take advantage of the counter attack.

Use the 3 key principles to get the ball down the field.