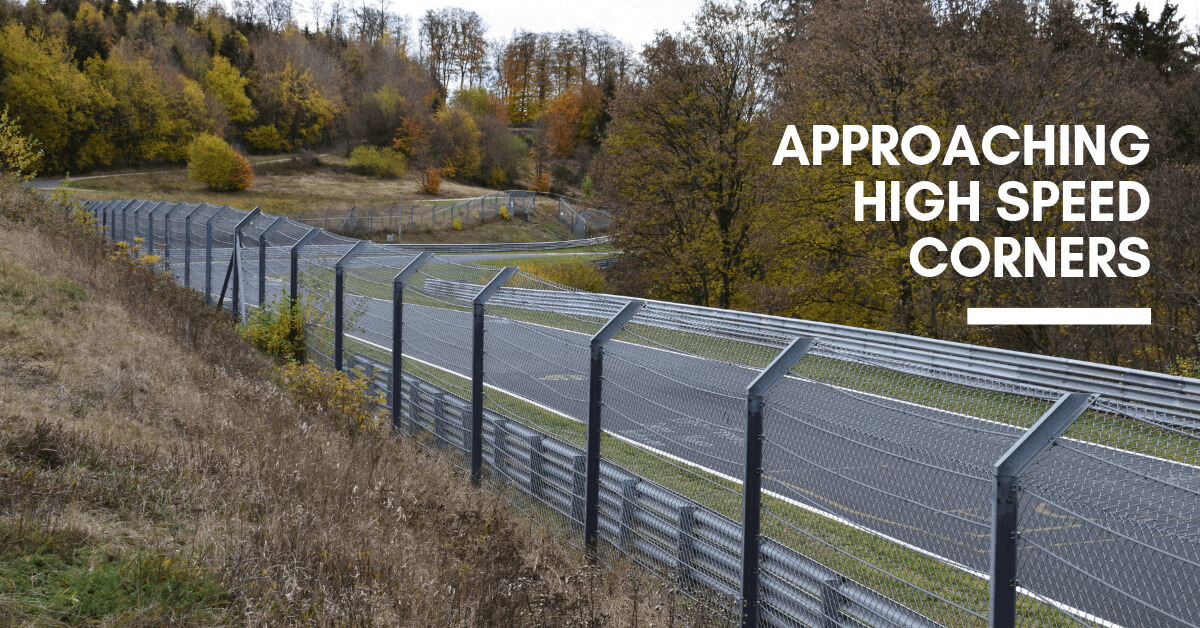 Hey everyone. Welcome to the Racers 360 video breaking down high speed corners and what we need to do as drivers to give us that confidence in the rear end to attack them.

So here at Lime Rock getting ready for the downhill. A little bit of this has to do with car set up, but as drivers, we can adapt our driving to give us that confidence. Think about transitioning weight. Where the weight of the car is is where the grip is. So if I’m on throttle, the weight is towards the rear and that’s giving me the confidence to attack.

So look here, I’m braking. Immediately off to throttle right here. Way earlier than normal and just a little bit. Just enough to get the weight to the rear and lock the dip and that gives you the confidence as a driver to really go and drive through the fast corners.

So let’s break that down just a little bit more with the data. So we’re here at Lime Rock. This is the data for the downhill. See how short the brake zone is there. Almost immediately off, we don’t have that trail break that I went into detail on some other Racers 360 videos. Instead, we have a really long throttle. See how long it takes me to go from initial throttle to full throttle. That’s quite rare. But I’m doing that because I want to get the throttle early enough to get that weight to the rear and lock the dip.

So one more time, let’s go through a dual screen of data and video and show you what’s going on. So coming to the brake zone. Right there’s the brake, already off, there is just that lift. It’s a really short section there in between the brakes and the throttle. See, now applying the throttle, look at how long that throttle trace is. Still going, still going and now I try to commit to full throttle.

I spend a lot of time at a little bit of throttle and that’s what gets the weight to the rear. So one more time full speed. Brake, we’re lifting, throttle, throttle, throttle, committing to full throttle. And that’s how you get through the downhill at Lime Rock.

Let’s go over to The Kink at Road America, one of our favorites. Listen … see how early I got to throttle there? Way before apex. So one more time through this. Initial brake, off the brake. I have to pause the video because that gap in between the brake and the throttle is so quick. Throttle, see again, long throttle traces there. See in the middle I get stuck at half throttle because I’m just trying to get that grip to the rear end. Here it is full speed. Hopefully that made sense for you.

If you want some more coaching, you can sign up for a one on one online session and we can really break this down or anything else that you may want to learn. In this video we break down high speed corners and what a driver can do to gain confidence to really attack them!