How I Use Blayze - Ben 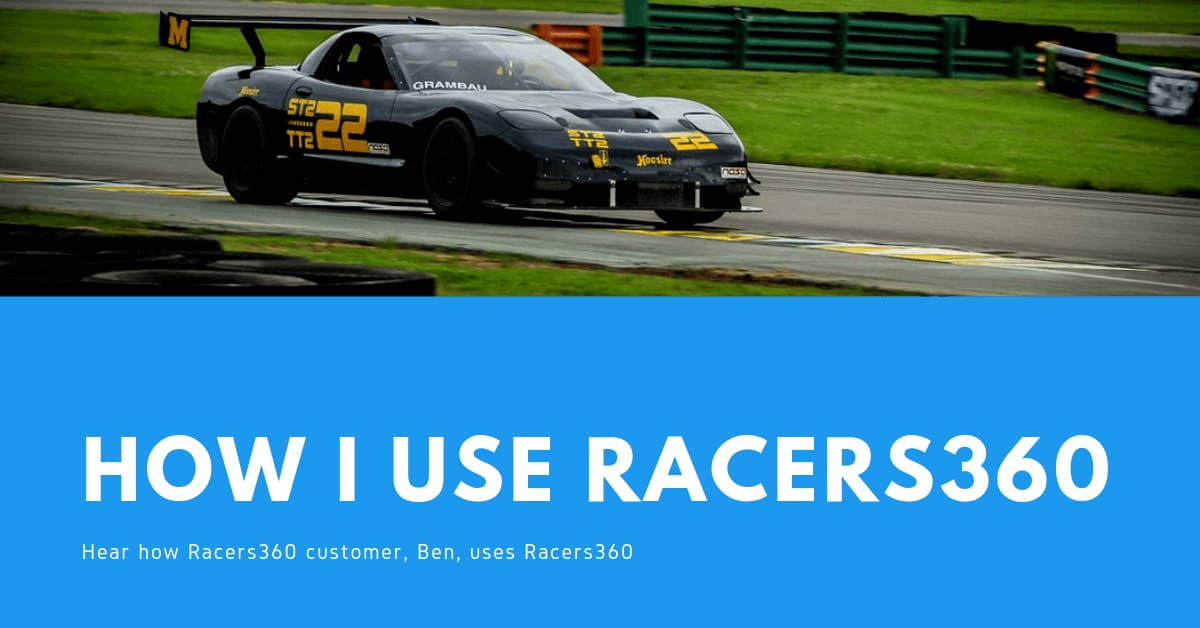 At Blayze we wanted to introduce all of you to some of our awesome customers so you can hear first hand how they are using and benefiting from our coaching at Blayze! For our first ever customer insight we asked Ben about his background and how he uses our services. So, let’s hear from Ben!

How I Use Blayze - Ben

I’ve been driving on the track since 2006. I started out doing HPDE track days after a friend gave me a ride-along at Virginia International Raceway. Those first events gave me right seat instruction for my initial fundamentals. I continued with HPDEs for quite a few years, eventually being solo qualified wherever I went and not getting much in the way of instruction. At that point I thought that racers either just “had it” or that you had to hire really expensive coaches that flew in to work with you for a weekend for thousands of dollars.

Eventually in 2014, I traded my heavily modified street car for a caged race car. At first, I didn’t have a right side seat in it. After a few events I knew I needed more “help” to keep getting better. I put a right side seat in my car and actively sought out some extra ride alongs form Chin Trackdays instructors (even though I was solo qualified). This helped me progress, but most of the teaching was limited to brief interactions over the headset while on track - which didn’t result in as much fundamental learning or knowledge retention as I would have liked. I’ve bought several books that talk about driving, but that form of self study hasn’t worked well for me.

I found out about Blayze in August 2018 via Facebook. I watched some of the 60-second quick coaching tips and track guides that Dion Von Moltke published and was immediately drawn to the coaching style - a recorded coaching session of your own video with on-screen sketching tools. This matches my personal learning style (visual) very well. Plus, I got access to a Pro-driver coach who I recognized from road racing series here in the US.

I’ve used Blayze six times so far and since my first session, I have made it part of every track weekend I go to - I compete in NASA Mid Atlantic in the TT2 class. I watch and re-watch each coaching session multiple times and on different days. I let the information initially sink in, then I take my own notes based on the coaching video which helps me internalize/retain information to put into use on track. I review the notes several times prior to and during the next event. While its not absolutely necessary, having some limited data overlay in the video (throttle/brake) is a helpful learning tool. I have AIM data and a SmartyCam which works very well for me.

Multiple times now, I have used the same day turn-around service from Blayze. I drive multiple sessions on Saturday, pick the best lap, upload before I leave the track and receive and review the coaching session before I go to sleep Saturday night. I then watch it again Sunday morning, make some notes, and go put the changes into effect on track. So far this has worked really well for me and results have been great! I’ve completely changed my driving style from that of a plateaued HPDE driver to the Pro-style techniques that Blayze teaches - while dropping significant amounts of lap time. I also have access to my coach via text or phone after the coaching session to help explain or clarify any of the finer points.

In summary, Blayze has given access to the type of coaching I need thru Pro-level drivers, an intuitive teaching style, and an easy to use digital/internet interface. I can’t wait to keep learning more from Blayze!

A Clip From A Blayze Coaching Session With Ben