How Drivers Can Fix Understeer 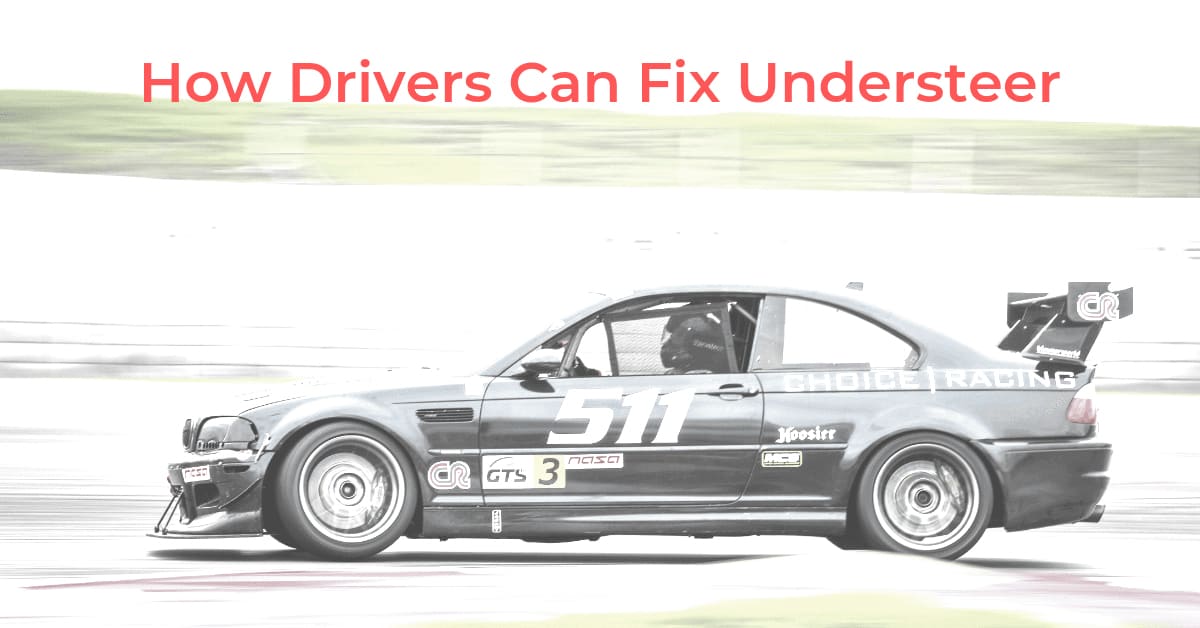 Hey everyone, here is our Blayze video on how to overcome understeer, how to really use your trail braking and get around it to get a quick lap when you are battling this annoying car balance issue. So we’re here at Lime Rock Park as our example and going through the first few corners. The initial brake zone in turn one, where you’re going deeper on the brakes, and going hard on the brakes, that isn’t really where you fix the understeer. It’s more in the second half of the brake zone. So let’s go into that.

So now we’re past the initial brake zone. We’re now looking where that blue dot is immediately coming off the brakes. But our trail braking is going to keep weight on the front nose. Think to yourself where the weight of the car is, is where your car will have the most grip. So the reason why we’re trail braking is because we’re going to keep the front pinned and keep weight on the nose to help add grip to the front end to deal with that understeer.

Now we’re going to go a little bit further into the brake zone. We’re this far into the brake zone so let’s look at where we are in the data. We’re still pretty heavy about, about 50% to 30% brake pressure here, and we’re relying on our feet to keep the nose turning. If we were just to drop off the brakes here, we would just have a ton of understeer. So that’s allowing us to roll more speed by keeping the nose down. So again, we’re rolling the speed, rolling the speed. You see I’m trying to test the throttle, and that’s going to take weight off the front nose in the video.

See how late to throttle I am? The two throttle applications earlier are just blips in the shifts. If I had not really tried to get to throttle, and instead relied on the trail braking to roll speed, I would have been better, because I wasn’t going to take the weight off the front nose.

So now that we’re getting to the apex, now you want to apply the throttle and go from there. So let’s go full speed. There we are, 50%, 30% brakes. I should be braking. A little bit of lift, a little more of a brake. Just get back down there.

So now let’s go immediately to turn 3. Little bit different here. It’s not a hard brake zone. It’s a very light brake, about 30% brake pressure usually. There we can see our initial brake pressure. See how much less it is initially? Now the focus is immediately on our braking pressure throughout the braking zone to help deal with the understeer. See how long the brake zone is here? And it’s very light. The end of the brake there isn’t really slowing the car down, but keeping weight. So there we go. I could probably brake deeper and harder, but that wouldn’t help the understeer, so the faster thing here with my car balance is the light and long brake zone.

Now watch right there. I’ve added more wheel to the car. So that means I’ve got more understeer here. So what does that mean I need to do? I just have to add a little bit more brake. Now look how tiny that brake application is. That’s not going to really slow down the car. It’s more about getting the weight to shift back to the front, because as you get off the brake, the weight’s going to shift to the rear, especially on throttle. Now I’m shifting it back to the front. It’s going to get the car back to where I need it to be, and then I can get back to the left side of the road to set up for turn four.

So very, very small nuances on how you apply the brakes is what’s going to allow you to really drive around that understeer. We’re often talking about a long, light brake. As the understeer starts to come in and any additional wheel does not help turn the car we will work on adding slightly more brake pressure.

Those are the little adjustments you can make to help drive around the understeer and put a bandaid on the problem. The very first thing we want drivers asking themselves when they feel understeer isn’t “what setup change can I make?” but “Am I trail braking with enough brake pressure and deep enough into the corner? Where am I picking up the throttle?”

Thanks for watching our video here on curing or working around understeer with Blayze!