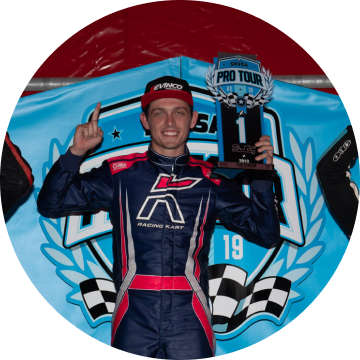 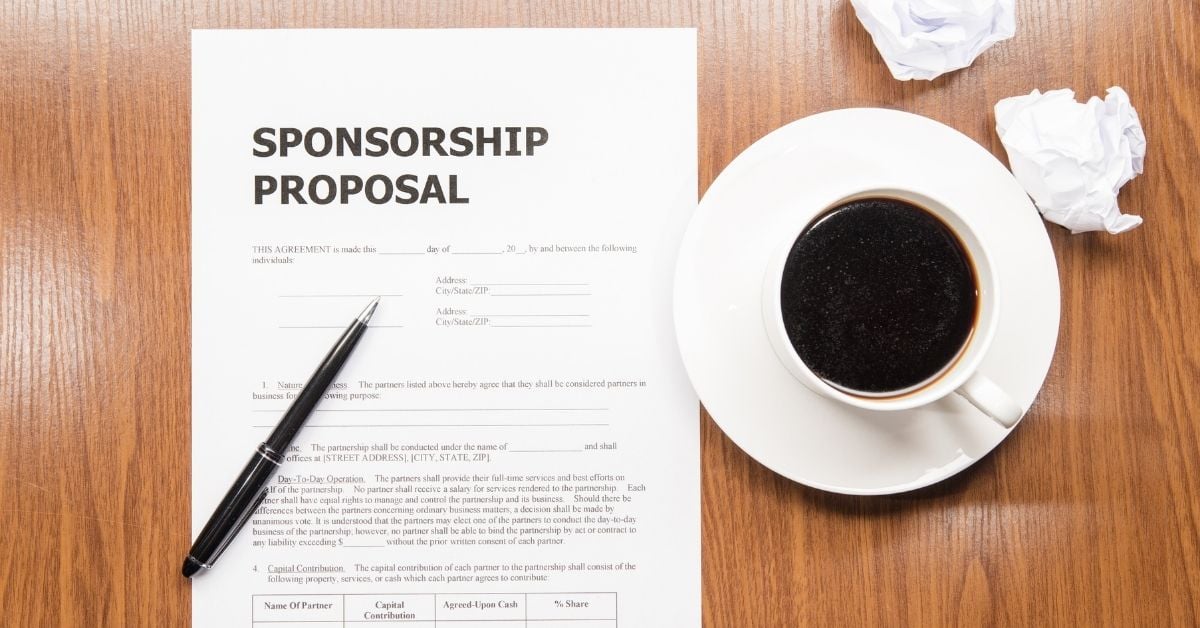 Early in my career, I always looked for advice tailored specifically to the karting industry about finding sponsors, and I could never seem to find any. In the interest of filling that void, I’d like to share with you the five best ways I’ve found to attract and keep sponsorships to help you further your karting career.

One of the easiest ways to get sponsored is to win races. I know that’s easier said than done, but people like being associated with winners. It’s that simple. So whatever series you’re competing in, focus on getting your kart to the front of the pack, and people will pay attention to that. I always try to imagine that my career was on the line at a lot of these races, because in reality it was. If I didn’t win a race, that meant I probably wouldn’t get sponsored by somebody, which meant my career was going to be that much shorter. So drive like your career depends on it, because it does.

You might be at a point where you’ve kind of plateaued and you need help to propel you forward in your career. You might be out of financial support. You need a sponsor to do that for you. I’ve been there. Winning races is the easiest way to find a sponsor, but it’s not the only way.

As I mentioned, winning helps people recognize who you are, but if you don’t win, you need to find other ways to introduce yourself to people, and the simplest answer is good old-fashioned networking. It is helpful to know and be known to as many people as possible at the racetrack. Networking serves as an introduction so that you will already know the people you might approach for a sponsorship.

This is something I regretted not doing early in my career because I would end up asking somebody for money or asking for somebody for sponsorship, and it was somebody that I had walked by a thousand times and never even acknowledged. Networking solves that.

There are times you can’t physically meet the person you’re asking for a sponsorship, and you have to write an email. Early in my career, I’d write long emails telling how many races I had won, who I was, what I’m racing, how I’m doing. That was the wrong approach.

Focus less on your accolades and instead tell them what you can bring to them. Sponsors want a return on investment. Tell them what you’re going to do for them. Keep your emails short and concise. Start by introducing yourself and giving a little bit of background on who you are. Then talk about what you will provide for that sponsor. Follow up with exactly what you’re asking from the sponsor, and then thank them for their time. Be simple and concise.

Know Your Value and Bring It

This is a difficult topic, because everybody has different strengths, but sponsors want to know the value of sponsoring you. That’s what it’s all about. Figure out what you do that has value, whether it’s your on-track results, your knowledge of racing, your ability to coach a driver, your ability to show up on time and just help out, like setting up a race tent. There are many things you can do to bring value.

I always bring my knowledge of racing and my ability to coach drivers to a sponsor so that they know I’m bringing more than just my on-track speed to the team. I’m going to help the whole team. I’m going to help develop a kart or help develop engines. Pinpoint what you’re going to bring to the team. Once you’ve figured out what your value is, you have to ask for something in return.

Be realistic. Ask for something of comparable value. Sometimes this ends up in a partial sponsorship or a deal on a chassis or whatever it may be. Find something of similar value so that both parties feel like they’re getting a good deal, but focus on value. That’s what you want. And that’s what they want.

The people you are going to ask for a sponsorship are busy, and they don’t have time to create a special sponsorship package for you. They really don’t want to do the math and decide what’s valuable for them. They want to be able to accept or decline a plan that already has been created.

So take initiative and be creative in how you go about asking for a sponsorship. If a team offers you a sponsorship, but they don’t really have a way to promote it, then make your own stickers, make your own shirts, do whatever you can to add some value to it. If you’ve got a suit, put their logo on it. Before you even get a sponsorship, make some stickers up, make something up so that they get a better idea of what the promotion will look like.

The whole point is make it easy for the sponsor to say yes. Once you get a sponsorship, take the initiative to post on social media without being asked. Create extra value for that sponsor, just so they know you’re taking that next step without being asked. Under-promise and over-deliver, so that if you go back to that same sponsor and ask for help again, they will be more likely to renew.

Be Open to New Opportunities

There are always opportunities where teams or businesses are looking to make a deal. For example, if a new series is being launched, sometimes teams will give you a discount on their tent fee, just so that they can fill up their tent and so that you get a good deal on a race weekend. If there’s a new chassis being launched, you can probably get a good deal on it, just to help the company sell some frames.

Karting politics is complicated, so there are relationships that you don’t want to burn a bridge for. However, be willing to measure and take a calculated risk for new opportunities. For example, in my early career, I was offered an engine and a chassis to go race the Rotax Grand Nationals. It wasn’t with my current team, and I knew I’d upset them if I raced with this other group at the Nationals. My father and I decided it would be best for my career if I went with this new team. Looking back, it’s probably the best thing I did for my career. It was a calculated risk. I did offend some people, but in the end it worked out better for me. Whenever you are given an opportunity, make sure you calculate the risk that comes with it.

You don’t want to burn bridges in racing, because the relationships you create are vital. Look for opportunities and be willing to take them, but understand that there’s always going to be some risk involved.