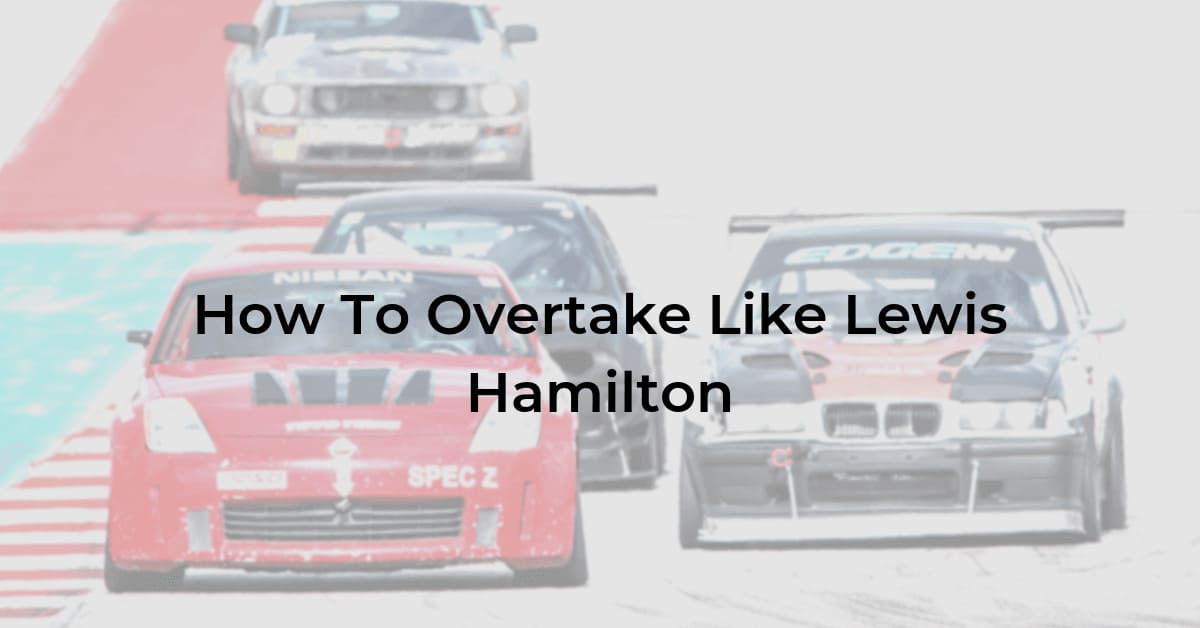 Want to learn how to overtake like Lewis Hamilton? In this video, we break down how he was able to overtake 3 cars in one move. It was a spectacular overtake and one that took patience and strategy on his part.  He picked a spot that cost him the least amount of time to pass Fernando Alonso and because of that, he had the opportunity to get the two cars in front of him.

By not trying a move in the last corner he was able to get a good exit, close in on Fernando Alonso to use the draft on the front straightaway.  If he had tried to overtake Fernando Alonso into the final corner that would have hurt both of their exits.  Even if he had gotten by, he would have lost even more time to the cars in front and would not have been able to overtake them all in one straight.  Even if you are only battling one car in front of you, you still want to try and lose the least amount of time as possible when overtaking!

Next time you are battling for position remind yourself to be patient.  Tell yourself to focus on getting the perfect exit to get a run on the car ahead of you.  Sometimes it may be necessary to brake slightly early so that you can roll a little more apex speed and time your throttle to the point where you can get on it earlier and close in on the car in front!