Volleys and Half-Volleys – A Technical Analysis 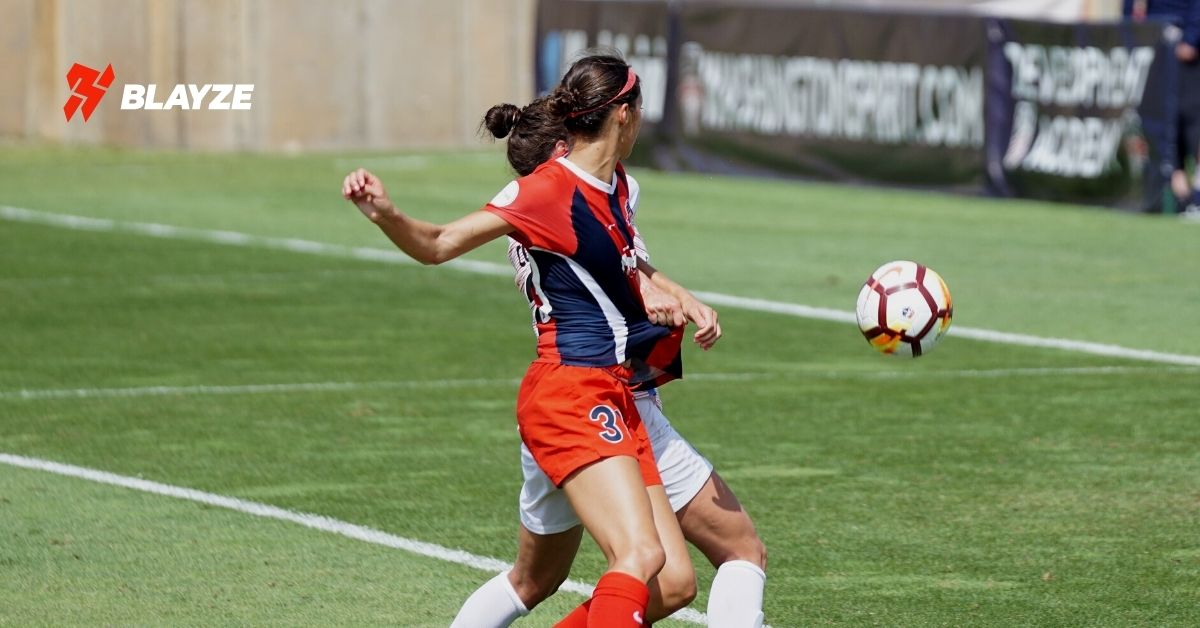 When the soccer ball is in the air, hurling to the ground, you only have a split second to decide on how you will react to the ball. Do you bring it to the ground? Do you head it? Do you volley it?

Today we are focusing on a technical aspect of the game – the striking ability for volleys and half-volleys. Blayze professional soccer coach Mike Semenza is going to break down the elements needed to perform an accurate volley or half-volley and discuss the best time to use this strike.

We are going to talk about some of the technical aspects that go into striking a volley, some of the decision-making that might go into it. In addition, we will look at two different scenarios from real-life games where two of the sweetest volleys ever were struck, creating two of the best goals in the history of soccer.

The best way to understand the difference between a volley or half-volley, or to even understand what it is in general, is to watch the pros. The volley is one of the most unique and celebrated plays in a soccer game.

The Elements of a Good Volley

We will watch the two video examples and break down what the key elements are involved in the technical ability to strike a volley. Then we will talk about some of the decision-making that these two players might have gone through to decide on how to strike the ball.

There are three main elements that both men do well:

Why do we go for volleys around the 18-yard box?

Because it is the most powerful shot that our body can produce as we use the momentum of the ball and the force of our body to create this powerful strike that is hard for defenders and goalkeepers to deal with.

We will see all three elements of a volley on display as we go through the video in slow motion. The corner kick gets cleared out to the top of the box. Scholes’ field positioning is advantageous. Then he puts his body into a great position by getting separation for himself at the top of the box.

You can see how he is kind of all alone at the top box area. He recognizes he has time and space. He knows he needs to get under the ball that is coming out of the air. He does that with extreme focus and timing to get his body in that perfect spot. As he steps in, he plants his left foot and has perfect body positioning.

Eight defenders watch as the ball is cleared, but only one player is stepping to defend Scholes, and he is late. If Scholes were to control this ball to the ground and take two, three, or four touches, the defenders would move on him and close him down. He would no longer have enough time to get a shot off had he not decided to go for a volley.

Again, he gets his plant foot in position, he keeps his body nice and tall, his eyes are on the ball. This is part of focus, you need to keep your eyes down on the ball until it leaves your foot. If you lift your eyes up, you will lean back and will end up striking the ball 50 yards into the air. Like many of us have done before!

Next, he follows through all the way. Scholes keeps his body squared up to the goal and nails the volley strike. A ball coming 30 yards out of the sky and slams it into the goal.

Video #2 is of Tim Cahill, a former Australian National Team player who had one of the goals of the tournament in the 2014 World Cup. This is a similar scenario as before, a tough ball to get. This time, however, Cahill is on the run.

There is a 35–40-yard ball being delivered across the field into the box. Cahill is not there yet. He knows his first job is to get his body positioning and timing just right. He takes off on his sprint, he gets himself under the ball.

Super important here, watch as he slows himself down to make sure he gets under the ball. His eyes are locked on that ball. A good plant foot and swings through the ball, keeps his body squared up to the goal. Golazo!

To break this clip down further, notice how Cahill’s eyes NEVER leave the ball. He tracks the ball as it comes out of the air, all the way to his foot, and only after it leaves his foot does he look toward the goal.

Why did he choose to go for the volley?

This is ultra-important for this lesson. We cannot always be going for volleys and half-volleys because they are nearly impossible. But we do need to take chances at times. There is a reason he went for the volley here; it is all positional.

If Cahill were to take an extra touch and bring the ball down into the open space, he runs into problems. There are three defenders closing in on him and shutting down that space, trying to get to him. If he takes a touch to the side, he will lose the small shooting gap that he has, the defenders will slide into space and close him down.

Additional Elements Needed for a Volley

There are more elements to the volley shot other than body position, focus, and timing. It is the decision-making of “I am going to hit this the first time because I don’t have any time to take any more touches.” That’s an important component to remember!

Being aware of where the ball is going to land, through focus and timing, then getting your plant foot down, eyes on the ball, and follow-through. These elements make these goals impossible to stop.

If you find yourself in a situation where you have defenders closing in on you and you don’t have time to take extra touches. Try that volley or half-volley. Trust yourself to be able to take that chance.

When you take the chance, make sure you get your body positioning, your timing, and your focus laser sharp. If you have these three elements you will be able to pull off, maybe, the impossible.

Ways to Train for a Volley or Half-Volley

Easy ways to train for a volley or half-volley by yourself is to go out to the field, start tossing the ball in the air. Read it off the bounce and practice the three key elements.

Can you get your body positioning right?

Can you get your timing right?

Can you have your focus laser sharp?

Strike the ball with your laces, keep your eyes down, and follow through with your body. Toss the ball in the air and start striking.

When you have players, have them cross the ball into you. Work on hitting them the first time, before they hit the ground. See the different ways you have to adjust your feet, timing, and focus.

Good luck with it and let us know if you have any questions!