Building, or Passing, Out of the Back - Why It Is Effective and How to Execute It Like the Pros into the Box 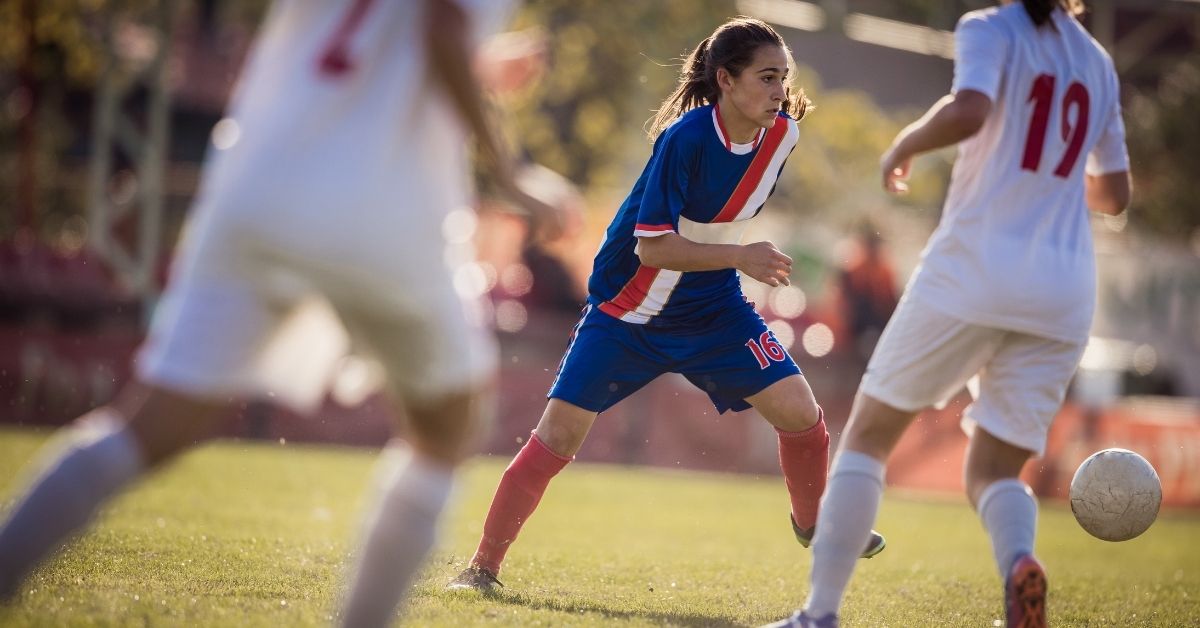 On the field, you may hear your coach refer to building or passing out of the back. Passing or building, out of the back can look different from team to team, but the general concept starts from deep in the defensive third and moves through to the attacking third. Today, Blayze professional soccer Coach Mike Semenza, will cover what it means to build out of the back and why it is effective.

Watching the Pros Building Out of the Back

Building or passing out of the back refers to when there is a turn of possession. The goal keepers, the defenders, everyone on the team, is getting back into their shape. They are doing this so they can maintain possession in the back and they can advance the ball, line by line, to get forward.

I’ve used an example for today from the NWSL Final. This was a great game between the Washington Spirit and the Chicago Red Stars. It is a rather longer clip, about 30 seconds. We will let it play one time, then pause it and speak about the objective, speak about some details about building out of the back, and then we will slow it down in specific moments that I want to highlight.

When the clip starts, you will see our turn of possession right away. Immediately, Chicago turns the ball over and Washington has possession. We will see them go through this phase, even though they are not all the way pinned inside their defensive third. You’re going to see them move the ball negative into that space and then build out of the back.

They will string together a couple of passes in the midfield. There is another turn of possession as Chicago tries to move the ball forward, causing Washington to reset the lines. Chicago looks to go forward, and it doesn’t work. Now we are working out of the back because we are in our defensive third.

The goalkeeper asks for the ball. These ladies are very skilled, and it only takes them two passes to get out of the back. It usually takes a lot more. This is a good moment in their defensive third, using their shape, using their ability to pass the ball effectively, and then to advance the ball up the field.

There is a reason for this, it’s not just to complete passes. The #1 objective of building out of the back is to unbalance the opponent. Getting them out of their shape. When the defensive team is in their shape, they are harder to break down with their passes. By break down, I mean advancing the line.

Check out our Breaking the Lines session HERE.

Our main goal is to unbalance the opponent so that we can break a line with a penetrating pass that moves the ball from the defensive third to the middle third or the attacking third. That can be done with 5, 10, 15, 30, or more passes.

A great team to note is Barcelona. They were the first team to kind of revolutionize their concept of keeping the ball in the defensive third and passing. Not worrying about getting forward because we have the objective of getting the team to slowly close down the space and bite on a pass.

What this does is get the opponent out of their shape and now we can break that team down easier going forward.

How to Build Out of the Back

Objectives we are looking for as we build out of the back include lines to break and looking for runs from our teammates off of the ball, as this is what allows us to break that line.

Using the NWSL teams as an example, notice how quickly they get into shape. The center backs fall into position and Chicago immediately pushes up the field and try to win possession back. They get exposed because of it.

The goalkeeper makes a great touch because it is forcing the defender to decide which passing lane to cut off. No matter where she chooses, the keeper has a free pass to at least one of her teammates.

The two defenders have placed themselves exceptionally well because they are nice and wide, giving the goalkeeper two options for passing. One pass from keeper to defender to break that first line of defenders.

Now that defender must backtrack and get back into her position. So, one player on that team is already completely out of position and they’ve lost their shape. The next line they need to break is the three midfielders lurking in a triangle. The defender passes the ball across the field to the opposite side center back, the left center back.

Super Important to Note: Notice the amount of space the player on the ball has. One defender is trying to get back in place and another midfielder turns to run, leaving a wide gap for the player with the ball. She has so much time and space now. She makes the correct decision, and she drives into the space.

This is important because this is how we unbalance our opponent. Sometimes it is with several passes strung together, but sometimes passing to build out of the back only takes a few passes if the players are making the correct decisions.

As she dribbles, the defenders are backing off from her. They are allowing her to advance the possession up the field and then we see her make another great decision of realizing she has unbalanced the opponent – with those two passes they are out of their shape – she’s telling her teammates to make the run, to come in.

She identified the next line that she needs to break. As soon as she can penetrate between those two players and into the gap, she knows she has broken that midfield line.

The ultimate goal of the game is to create chances in the attacking third of the field. She plays a good firm pass, tells her to turn, and now they are moving forward, creating a chance on the other side of the field that only took three passes to complete.

The objective again, of building or passing out of the back, is to unbalance the opponent as soon as possible. We see that here in this game. From the first touch with the goalkeeper, the ladies are able to unbalance their opponent almost immediately and start breaking lines.

Once we have unbalanced them, we need the secondary runs from the midfielders to get the ball and do their job of getting the ball forward. Of course, this will not lead to a goal every time, but possession and pressure can change the direction of the game quickly.

The secret to mastering any skill is practice! Are you looking to become a stronger player? Could you use direct feedback from a professional coach on how to improve your passing skills or vision on the field?