Passing to Break the Lines. How to Beat Your Opponent and Create Goal Scoring Opportunities 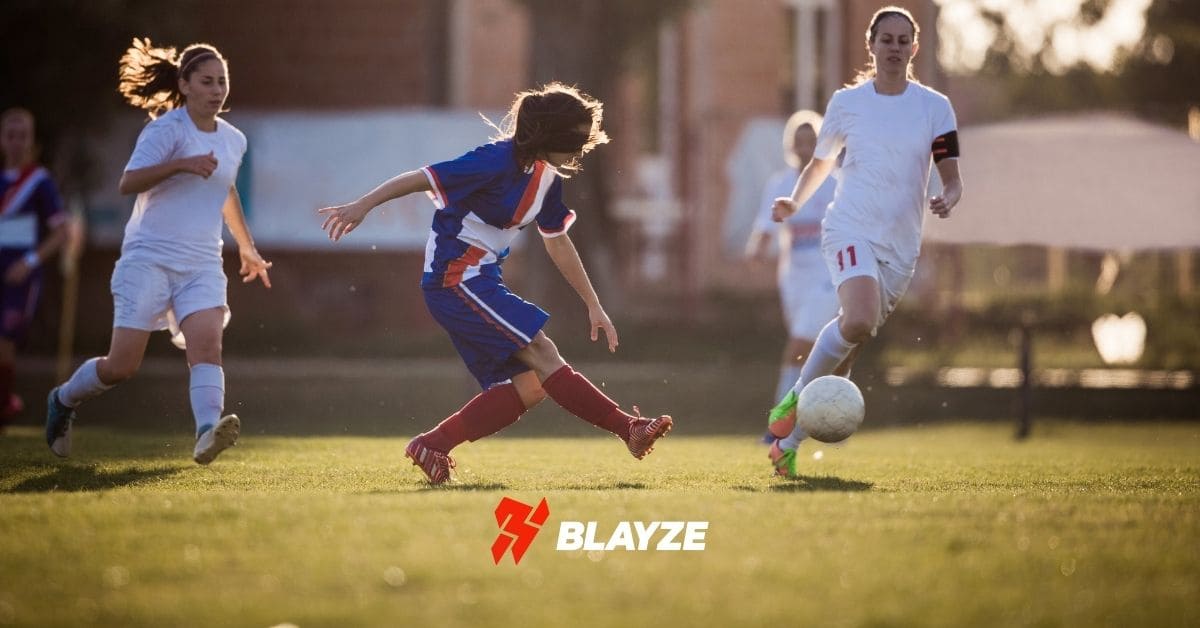 Soccer coaches, experts, and analysts have taken notice of line-breaking passes as a way to split a line of the opponent’s formation. This passing style allows a team to transition into an attacking phase.

Do we want to play pretty soccer? Yes! Do we want to connect 40 or more passes as we move the ball up the field and try to score goals? Yes! But, there are moments within the game where we need to take chances. We need to try one special pass that will beat every single line and move the ball to a favorable position.

That is where passing to break the lines comes into play. Blayze Coach Mike Semenza highlights why we want to pass to break lines and ways for players to take advantage of an unorganized opponent.

Why Do We Pass? What Is The Purpose?

There are four main reasons soccer players pass the ball.

A line breaking pass is a pass that goes through a line of the opponent team’s formation. Coaches want players that have the ability to play a good line-breaking pass. These types of players with the vision to see when to break the lines are highly valued.

Where and When Do I Look to Pass To Break Lines?

There are three sections of the field, the defensive third, the middle third, and the attacking third. Each of these sections is where players are looking to break through the lines of defenders. The objective of passing to break the lines is to create a favorable position with the ball, but ideally for a goal scoring opportunity.

Every player should be looking to break lines for the main four reasons of why we pass (possession, unbalance, advance, goal scoring). It is risky to pass to break lines, but the two best moments are when your opponent loses their shape or when your teammates move or make runs off the ball.

A study conducted on the Belgian Pro League indicated that line-breaking passes increase the probability of scoring a goal with almost double the success rate as a non-line breaking pass. You read that right! A line breaking pass can nearly double the chances of your team scoring a goal. But breaking the lines is not that easy and there are not a lot of chances to do it. So, it is important to know when the opportunity arises.

How to Pass To Break Lines

Review the video clip provided by Coach Mike of the field formation. Every team has a different formation, but this formation in the video is just an example.

The breaking lines are between the attackers and midfielders and between the midfielders and defenders. This creates three sections, or thirds, of the field. The blue dots in the video are your opponents and your team is attacking. You need to move the ball from the defensive third to the middle third, to the attacking third.

Everyone, even the goalie, should be looking to break lines. The goalie can look to break the line of the initial attackers to move the ball out of the defensive third and to the midfielders. The midfielders then want to break the next line to an attacker.

Remember, breaking the lines is used when the opponent gets unbalanced. When we start to notice people moving out of their positions. Maybe a midfielder drops way out or gets caught too high. Now we know they are missing a person in that shape, and we can break that line to move the ball forward and create chances to try and score goals.

Watch the Pros for Examples

There are some really amazing professional players right now that are setting amazing examples on breaking lines. Pep Guardiola made famous the method of breaking the lines of opposition during his time at Barcelona. Some teams to watch that are highly effective in this particular style are Borussia Dortmund, Napoli, Ajax, and Tottenham Hotspurs.

The first professional clip Coach Mike shares is a wonderful example of breaking the lines from the middle third of the field to get into the attacking third of the field and into a goal scoring opportunity. The defenders are all out of shape. Notice how there are three men within five yards of each other. The attacking player knows he has three options, two of which have the potential to lose the ball.

The attacking player chooses to go with a long ball to the attacking third to create the goal scoring opportunity for his team. This one pass broke past nine defenders to the attacker because the player was able to see their opponents were out of shape.

When you pass the ball, by exploiting space left open by the opponent, you instantly create a situation where you can build your attack.

The secret to mastering any skill is practice! Are you looking to become a stronger player? Could you use direct feedback from a professional coach on how to improve your passing skills or vision on the field?

At Blayze we give you a personalized coaching session from the very best coaches in the world. For a truly unique and personalized feedback experience, submit your performance video to one of Blayze’s highly qualified coaches. The custom-developed coaching session can help you improve your on-field skills, like vision and passing, so you are performing at your very best in every game. One easy click here will take you to more details on our coaching sessions.