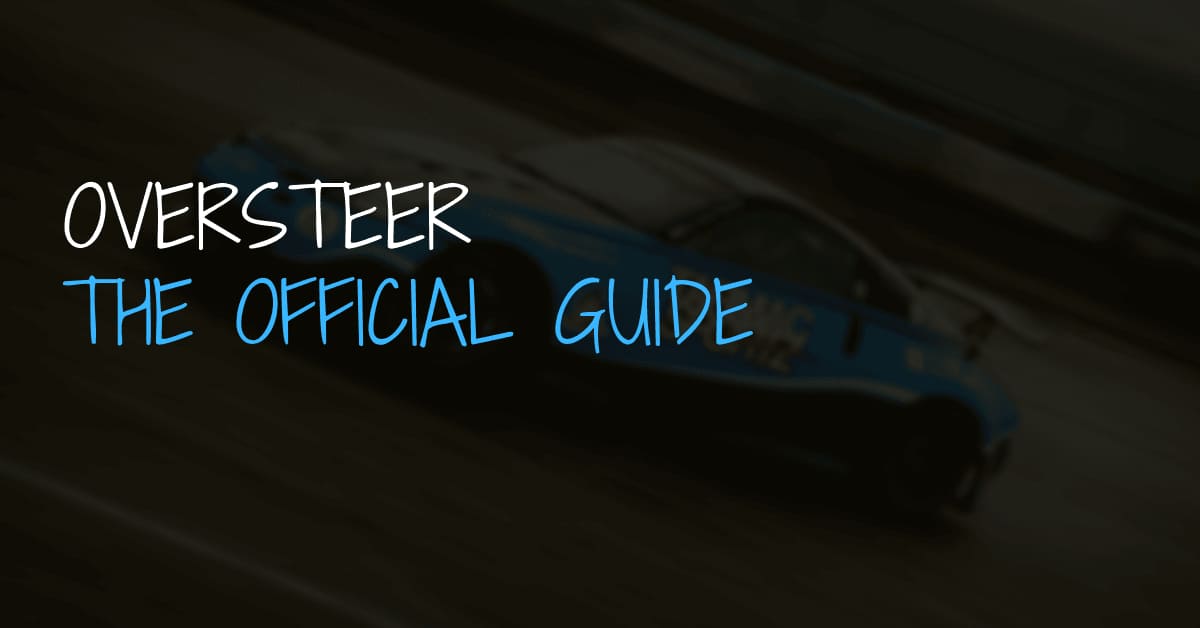 In this video we go into more detail on everything you need to know as a driver to  deal with oversteer, and even a couple of ideas on how to fix it with setup!  We also see a fantastic lap from Allan Simonsen around Bathurst.  For the full video please see here: https://www.youtube.com/watch?v=XM4QpKaTNtc&t=66s.

Hey guys, in this video from Blayze we’re going to cover oversteer. As a driver, what are the tools that you have at your disposal to help bandaid any problems?

We’re going to show you an amazing lap of Bathurst from Allan Simonsen, rest in peace of course, one of the best drivers of all time. I’ve got a massive amount of respect for him. You’re going to love this lap. And then at the end we’re also going to talk about setup. What are some universal things that you can do to help increase some rear confidence, and get rid of some of that oversteer. So without further ado, let’s get into it.

So if we are having mid to exit understeer, and we are accelerating even more, we’re taking more grip away from the front and we’re going to make that understeer even worse. And on entry, if we have oversteer and we add even more brake pressure, we’ve sending the weight forward and we’re going to make that oversteer even worse.

So typically on corner entry, where oversteer is normally the bigger problem for most drivers, we’ve got two things that can cause that. First, it’s going to be carrying too much speed into the corner, and that’s going to break the rear end loose. Now, that may end up breaking both ends off the grip parameter, but the rear end maybe have less grip in the front. So we’re going to feel that oversteer more.

Secondarily is adjusting that weight transfer too quickly and too violently to the front. So, if we have too much brake on corner entry and turn in, then we’ve got too much front grip that the rear cannot follow. So to help fix that, you may have to come off the brakes just a little bit as you turn in. Now, you don’t want to carry too much speed, so you might need to be braking slightly earlier to help cure that corner entry oversteer.

Another area that we can see that causes oversteer is being too violent on turn ins, and really all of our inputs. Now, most amateur drivers are going to be driving streetcars or sedan style cars, which are pretty heavy, and have softer springs. So the weight takes a longer time to find that platform.

What you’ll see in a race car is if you shock the car and maybe turn too aggressively or too fast into a corner, the weight may go past the platform where it finds its grip and overload one end of the car. Which will cause it to completely lose grip. So, what we really need to do is to always have smooth inputs.

On initial turn in, you really want to allow the car to take a squat, and find that set or that platform, and that’s where the grip is. So, if you are too fast with your hands you will negatively effect the overall grip of your car. A lot of go karters struggle with this because in the go kart or even formula car they are so lightweight, and stiffly sprung. That means the weight can transfer much faster and will still find its platform.

And if you’re also in a NASCAR style car, it’s even more drastically important to be smooth with your inputs. So, the combination of smooth inputs and then weight transfer are going to really help you understand why you’re getting that oversteer, and maybe what you can do as a driver to help that oversteer.

Secondarily, we want to be on throttle not long after turn in. It’s very different than a hairpin where you’re trail braking all the way down to the apex. High speed corners, and I’m talking about turn two at Mosport, the downhill at Lime Rock Park, those types of corners which really catch your attention. You want to be on throttle pretty early.

To help explain this and show these techniques I want to show you an absolutely amazing lap from Alan Simonsen, rest in peace. A lot of us really respected him as a driver, and a tragic situation on how he was killed at Le Mans, it’s something that we always keep in our minds and keep him in our minds. But he put in one of the best laps any driver has ever seen around Bathurst. And I want to show you how he approached the high speed section there, and what he did that made him just so fast. So let’s go right into that now.

So we’re going through here nice and smooth. He puts on the wheel, he’s really smooth on throttle, which is the most critical part of all of this. He’s just coming through this corner, now we’re ready to get ready for the crest. Cresting here. Right there, he’s already getting back to that initial throttle. Now it’s not much, it’s just that 5% just to get the weight on the rear. He’s going over a crest, and it’s a high speed corner so he really wants the confidence in the rear end.

He could have driven it full throttle, deeper into the corner, had a bigger lift. But what that would cause is a faster and more dramatic transition of weight to the front. And he would have lost even more rear grip, which is not what he would’ve wanted.

He probably would have had to make a save on the car. So he thought ahead of time. He said, okay, let me get an earlier lift, as I crest the weight is pretty well centered. I’m smooth with my input on the wheel, smooth with my feet, and then I’m just going to get just enough throttle. And I’m not really trying to do that to increase my speed. I’m doing that to get the weight on the rear, get confidence in the rear, and then be able to attack the throttle as I open the hands.

Now, in the beginning of the video I told you guys I would talk about some setup changes that we can make to help oversteer. It’s difficult to really talk about this because there are a lot of different things that can affect how a car is feeling.

In amateur racing we have seen far more “setup” issues are down to driver’s manipulating the car wrong. The following recommendations of small changes need the setup of the car to be in the right ballpark. If it is completely out of the window, small changes won’t help much. But for this article let’s consider that we’re pretty close on set up. The driving is pretty close.

Some things as a driver that I talked to my engineer about, kind of the first things I think about. are the following The first thing I would say is to look at rake. Now rake of the car talks about what’s the difference of ride height on the front to the rear. And what my objective here to understand is, is my rear really high in the air? Now when we’re talking about weight, the higher that weight on the rear is, the more drastic it’s going to move around on me. So if I need a little bit more oversteer to help point the car, I might want to increase the rear ride height, or lower the front ride height to increase that rake number. If I’ve got too much oversteer, and the initial turn ins is too snappy, I want less rake.

Now ultimately as a driver, in almost anything you drive, and almost any track you want to go to, you typically want the car as low as possible. So my first goal to figure out is, can I lower the rear, or is there a regulation that says I can’t go any lower? In that case, you may need to raise the front, which takes away front grip to make both ends a little bit more similar in terms of grip.

You can also look at some tire pressure data. If your rears are too hot and you have got maybe too much pressure in the rear, that could definitely cause oversteer on entry. And it can cause oversteer on exit, when you try to put the power down as well. Those are typically the big ones. I know some of you will play with spring rates. That’s a little bit more complex to just talk about on a very thousand foot level. Because you can have the front too stiff, rear too soft, and there’s a lot of different things. So really, I like to keep it as pretty universal as possible.

Hopefully those two little tips helped you. If you want the full lap to Allan Simonsen’s video at Bathurst I’ll have that down there in the section below. Also, please leave some comments, ask some questions. We’re here at Blayze, we’re going to help you in any way we can. And thanks for watching, and hopefully you found this video helpful. And on track you’ll find the ways to, as a driver, help that confidence in the rear.