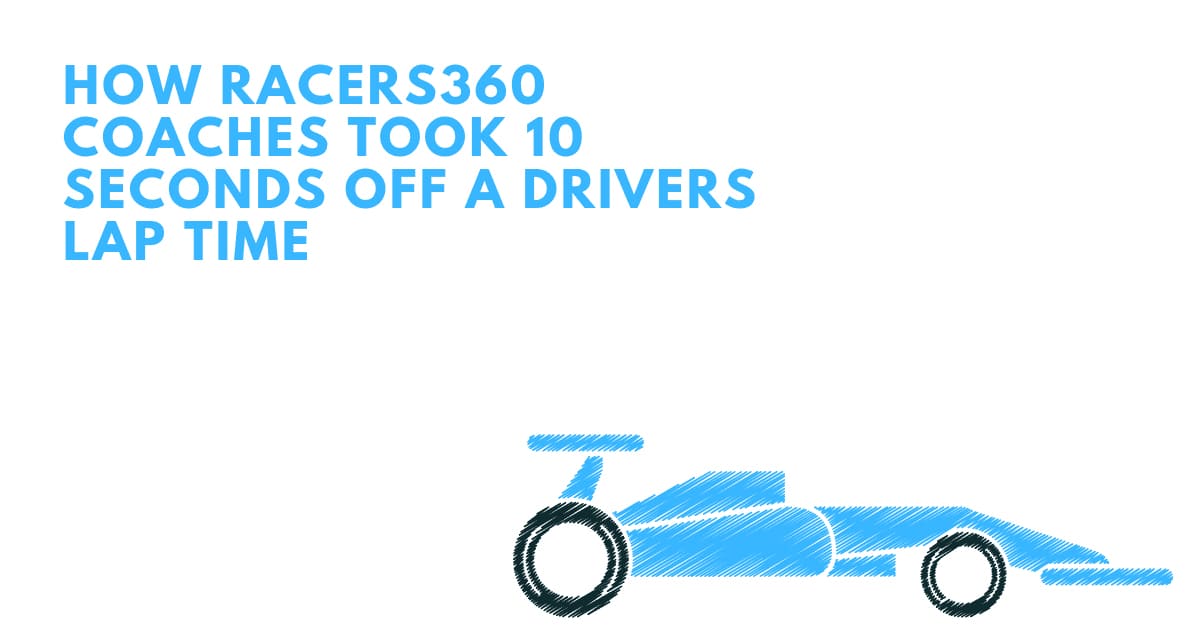 Hey everyone. Welcome to the new Blayze video here. We’re going to go how I coach some of my clients to give you guys a preview of what happens. Over two days with two different tracks, we took 10 seconds of lap time out of their lap times. So we’re going to be show you how we did that.

So we’re here at turn one in a Trans Am TA2 car. And I want to show you from one lap from the start of the weekend to qualify, what the differences were. So here’s start of the weekend. See, look here, we’re starting to crowd in a little bit, we’re early in. We’re now going to run out. We’re not having our eyes up. We’re not using all the track away here on exit. Let’s go a little more slow, and kind of pick apart some of the things that are going on here that I saw early in the weekend.

Like here you can say he’s starting to turn in way early, we really want the turn in at the end of the wall. You can see here, we’re already starting to bend it in, that’s called crabbing in, and we don’t want to see that. We want to see hands straight until the turning mark. Because we’ve crabbed in, the radius of the corner is a lot less, so we have a lot more speed that we can roll in, and we’re also going to be early apexing here because of that.

Now we’re getting to the apex, we have to add a lot more wheel in the car. When you have more wheel, it means you have less speed available to roll through the middle of it. We’re also way early in the throttle there, because we’ve over-slowed the corner.

Now here on exit we’re going to see our eyes are not far enough up. You can see, we’re not using all the track here. He’s driving to the edge of the track, as we know he’s supposed to. But he’s not rolling the speed to have the car take him to the end of the track, which are very different principles.

That’s kind of the initial things, immediately turn one I saw. Now let’s go to qualify. Hands are straight much longer. We do crab just a little, we didn’t quite [inaudible 00:01:45] it off. A little early at the throttle, so we have more speed available to roll. But now look at the eyes, we’re starting to use more of the track here on exit to get a better exit.

Side-by-side, left is first session, right is qualify. Look here, right at the turn-in, look how far we are from the line there. In the left-hand side versus qualify, we’re much more on top of the line so we don’t have the crowding. Our hands are kind of straight, the left one just has a little bit of wheel in the car.

Now right here on entry, you can kind of see a white line there. You see on the left-hand side, we’re a lot closer to it than on the right-hand side. We had less of a turn-in initially. Then here coming to the apex, look at the position of the car. Because we had turned too much on the left, our car’s going much more straight. The angle of the car is much better on the right-hand side, meaning that we can get to throttle better and have a much better exit.

Now we’re at the apex. Look at the hands right here. On the right-hand side at qualify, we have much less steering in the car. You really have to crank at the steering in the car on the left. Look again, the angle of the car much better positioning on the right to qualify. Able to roll to speed. Touch and go, eyes are up, we’re rolling around the exit. You can see there on the grass, we’re a lot closer to the grass on the left-hand side. You can see how much more wheel is still in the side.

The right-hand side, our eyes are up, we’re opening the wheel. We’re using the track on exit. You can see here on the right, the green shift light comes up much earlier. There it is, [crosstalk 00:03:08] on the left there. It’s just about rolling more speed. That’s how we’re going to coach through 17 quarters of Sebring. That’s how we took five seconds of lap time off of Steven’s laps here.

We really that you’ve enjoyed our Blayze videos. We have weekly videos, sometimes even two, three, four times a week we have got coaching video coming out, just for you. We’d love to have you. Consider subscribing to our channel, you just have to click “like” down here. We really appreciate that and I know you’ll get a lot of value out of what we’re doing. See you guys on the next video.